I had heard the real beauty along the Li River, lies further south from Guilin in the truly small town of Yangzhou. I was eager to finally find a small town in China, and I think I finally did it (at least by my standards). The town is renowned for its outdoor activities with it being one of the top destinations for rock climbing in Asia, as well as mountain biking, hiking, kayaking, and whatever outdoor activity you can think of.

I spent the first day getting acquainted by biking up and down the river, hiking a few mountain/hills and just figuring out what the area was all about. After six hours of riding my butt was numb, due to the less than stellar bike seat, and the breaks on my bike were definitely on their tail end, so I decided to call it a day.

They didn’t offer helmets so I figured a flower crown would suffice.

The next day I headed to Dinging to do a 15k hike along the Li River to Yangzi. The hike is famous because the viewpoint that adorns the 20¥ is found here. I was a bit disappointed that I wasn’t able to find anyone to do this hike with initially, but as I’ve learned you are never alone for long. Once I had been hiking for about an hour, I took the first ferry crossing, where I met another girl who coincidentally had also been staying at my hostel as well as a French guy she had met along the way as well. By the end of the first ferry ride, the three of us also had made a new friend, a 70+ year old women keen to sell us food and drinks. She followed us for nearly 8 kilometers keeping up with us the entire way. I was rather impressed as she was easily carrying a load of at least 20 lbs. We finally figured out she was walking with us to her village to summon her husband to give us a ride across the river for the second ferry crossing. No wonder she was so eager to be at our side, we were the income for her family for the day. We parted ways, only to have the same thing happen on the third leg of the trip. These women sure know how to do business.

I’ve been battling a cold since I got to Yangzhou, but nevertheless pseudoephedrine has given me the energy to keep going, so all drugged up, I decided that my visit here wouldn’t be complete without rock climbing. I’ve done indoor rock climbing a handful of times, but never the outdoor stuff. I signed up for a guided climbing adventure, and we were going to the rock known as wine bottle, perfect. It was probably the best outdoor activity I’ve done so far in China, I absolutely loved it, and the instructor said I had a natural talent for it… I just figured most girls know a thing or two about wine bottles.

Finally, I decided I would do an activity a bit more lady like and take a cooking class, ironically I was the only girl in the class. The class started with a trip to the local market, where I finally learned what some of those unidentifiable substances (or what the Chinese call food) actually are; there were the usual chicken feet, pig snout, and turtle, along with a broad range of vegetables that outdid anything you could find in a regular supermarket; lotus root, bamboo shoots, sugar cane, you name it, they’ve got it. We headed back to make an assortment of dishes that the average westerner would consider palatable, compared to what many might consider more traditional dishes. Dumplings, stir fried and steamed vegetables, as well as chicken and pork were on our menu. Surprisingly, I was amazed at how simple and delicious the dishes were, I didn’t even burn anything (and I’m the kind of girl that eats cereal for dinner and calls it cooking).

I’m gonna go ahead and make a bold statement (because as many of you know, I’m very noncommittal and don’t like making decisions), and say it was my favorite place in China. The combination of a laid back town with outdoor activities and no high rise buildings, really keeps this small town quaint, but it’s still filled with enough adventure, to keep me satisfied.

5 Things To Do in Bucharest 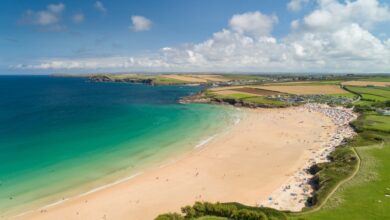 An Essential Guide To The Seven Bays Of Padstow 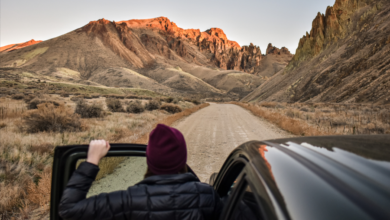 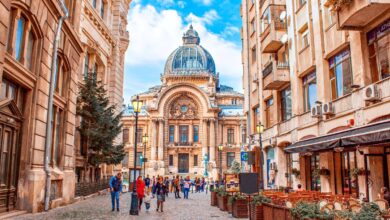